Are All Oregonians Secretly French?

How French is Oregon?

I addressed this question in 2009, during the Oregon Sesquicentennial Film Festival. Here is the abbreviated version of my argument. 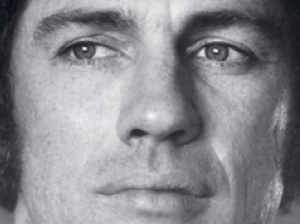 James Blue (1930-1980) won the Critics Prize at Cannes in 1962 for his French language feature, The Olive Trees Of Justice. He was a graduate of Jefferson High School ’49 in Portland, University of Oregon ’53  in Eugene and L’Institut des hautes études cinématographiques (IDHEC) ’59 in Paris.

Bill Plympton (Oregon City), 2 nominations for the Palme d’Or at Cannes. His Idiots and Angels (2009), received theatrical release in France, and was seen all across that country. His Cheatin’ (2014) just won the Jury Award at Annecy

How French is Oregon?

Oregon is so French, Bill Plympton says that everyone in France accepts without question the immediate assumption that Pink Martini is a French band.

This post first appeared on Anne Richardson’s Oregon Movies, A to Z, during the Oregon Sesquicentennial Film Festival at Maryhurst University in 2009. It has been amended to include James Blue. I learned of James Blue from James Ivory during his appearance at that festival.

James Blue‘s French language feature, The Olive Trees Of Justice, will be presented at the upcoming Mid Century Oregon Genius screening series at the Hollywood Theatre in Portland, Oregon. Non French language films in the series are by Harry Smith, James Ivory, and Homer Groening, the senior member of the two generation Groening dynasty.